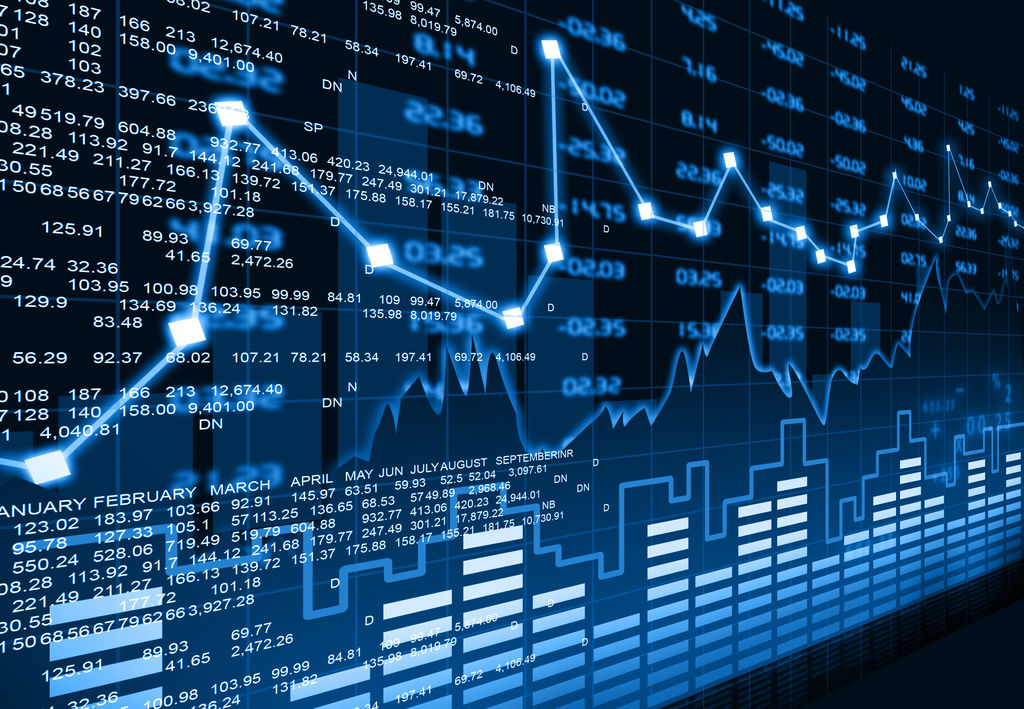 What is a blockchain?

In short, a blockchain is a public ledger used to record and monitor the transactions of bitcoins. Again, not a central authority, but instead see it as a network of communicating nodes, running bitcoin software.

Transactions of the form payer X sends Y bitcoins to payee Z are broadcast to this particular network, using readily available software applications.
The network “nodes” can then validate transactions, add them to their copy of the ledger, and then broadcast these ledger additions to other nodes.
The blockchain is therefore to be seen as a distributed database – to achieve independent verification of the chain of ownership of any and every bitcoin amount, each network node stores its own copy of the blockchain. Approximately six times per hour, a new group of accepted transactions, a block, is created, added to the blockchain, and quickly published to all nodes. This allows bitcoin software to determine when a particular bitcoin amount has been spent, which is necessary in order to prevent double-spending in an environment without central oversight. Whereas a conventional ledger records the transfers of actual bills or promissory notes that exist apart from it, the blockchain is the only place that bitcoins can be said to exist in the form of unspent outputs of transactions.

What does mining mean?

The term “Mining “should instead of imagining a group of coal-darkened miners, instead be seen as a means of a record-keeping service. Miners keep the blockchain consistent, complete, and unalterable by repeatedly verifying and collecting newly broadcast transactions into a new group of transactions called a block. Each block contains a cryptographic hash of the previous block, using the SHA-256 hashing algorithm, which links it to the previous block, thus giving the blockchain its name.

In order to be accepted by the rest of the network, a new block must contain a so-called proof-of-work.
The proof-of-work requires miners to find a number called a nonce, such that when the block content is hashed along with the nonce, the result is numerically smaller than the network’s difficulty target.  This proof is easy for any node in the network to verify, but extremely time-consuming to generate, as for a secure cryptographic hash, miners must try many different nonce values (usually the sequence of tested values is 0, 1, 2, 3, …before meeting the difficulty target.

The proof-of-work system, alongside the chaining of blocks, makes modifications of the blockchain extremely hard, as an attacker must modify all subsequent blocks in order for the modifications of one block to be accepted. As new blocks are mined all the time, the difficulty of modifying a block increases as time passes and the number of subsequent blocks (also called confirmations of the given block) increases.

Now, what are Wallets?

wallet stores the information necessary to transact bitcoins. While wallets are often described as a place to hold, or store bitcoins, due to the nature of the system, bitcoins are inseparable from the blockchain transaction ledger. A better way to describe a wallet is something that “stores the digital credentials for your bitcoin holdings, and allows one to access (and spend) them. Bitcoin uses public-key cryptography, in which two cryptographic keys, one public and one private, are generated. At its most basic, a wallet is a collection of these keys.

Besides software wallets, Internet services called online wallets offer similar functionality but may be easier to use. In this case, credentials to access funds are stored with the online wallet provider rather than on the user’s hardware. As a result, the user must have complete trust in the wallet provider.

Physical wallets store the credentials necessary to spend bitcoins offline. Examples combine a novelty coin with these credentials printed on metal. Others are simply paper printouts. Another type of wallet called a hardware wallet keeps credentials offline while facilitating transactions.

There are several different types of Bitcoin wallets, but the most important distinction is in relation to who is in control of the private keys required to spend the bitcoins. Some Bitcoin “wallets” actually act more like banks because they are holding the user’s private keys on their behalf.
If you choose to use one of these services, be aware that you are completely at their mercy regarding the security of your bitcoins. Most wallets, however, allow the user to be in charge of their own private keys. This means that no one in the entire world can access your account without your permission. It also means that no one can help you if you forget your password or otherwise lose access to your private keys. If you decide you want to own a lot of Bitcoin it would be a good idea to divide them among several different wallets. As they saying goes, don’t put all your eggs in one basket.

Crazy Web Studio – Payment by Bitcoin? Yes, now you can!

Crazy Web Studio – Payment by Bitcoin? Yes, now you can!

We at Crazy Web Studio in Phuket are constantly following the newest trends and updates, both in terms of the new technologies used in the industry, but also other features and options that could be used in order to make life easier for our clients (and us).

We have of course also been following trends like cryptocurrency such as Bitcoin – with great interest!
This is the big thing that everyone is talking about currently, but at the same time, this is also what most people find themselves quite puzzled about, because what is it actually? What can it do for you and your business? And also, how does it allow you to use it to pay for services and products online?

This article will introduce you to the the world of Bitcoin, what it is, the explanation of key terms, what it can do, what benefits it has for you and how it can used as an advantage – from a business perspective. Let’s take this from the beginning.

Shortly explained, without going too much into the details, as this article will be quite elaborate even with short explanations, we are here gently touching each key term that is important for you to understand when talking Bitcoins.

Bitcoin uses a peer-to-peer technology in order to operate (transfer and receive cryptocurrency) without any need of central authorities or banks. Once this is said, this is also the main advantage, that pulls the attention of the masses. This is the first digital currency of its kind.
The transaction and management of Bitcoins is strictly handled any issued collectively, by the network itself.
Bitcoin uses an open-source system, that the inventor Satoshi Nakamoto (pseudoname, real inventor is still unknown) has shared via Sourceforge at the beginning of 2009, that since has created a landslide in the financial sector and digital world.

What makes Bitcoin so interesting, is as mentioned, because it cuts out the middlemen, so there are no extra added fees for transactions, handling, administration or anything else.

Bitcoin isn’t actually owned by anyone. Think of it like email. Anyone can use it, but there isn’t a single company that is in charge of it. Bitcoin transactions are irreversible. This means that no one, including banks, or governments can block you from sending or receiving bitcoins with anyone else, anywhere in the world. With this freedom comes the great responsibility of not having any central authority to complain to if something goes wrong. Just like physical cash, don’t let strangers hold your bitcoins for you, and don’t send them to untrustworthy people on the internet.

Bitcoin is an open-source system, meaning that its design is public and that nobody owns or controls Bitcoin, so everyone can take an active part in developing it further – which again makes it very interesting for tech-savvy guys, triggered by using and developing a digital currency and helps it evolve at the same time – giving the traditional financial- and now also stock-markets a tough time.

Is Bitcoin a currency?

The question whether bitcoin is an actual currency, or not is still disputed today, although the rollercoaster is about to reach its peak and become a serious measure to deal with as it since August 2017 has reached a new milestone in its steady growth and has split into two derivative digital currencies, the classic bitcoin (BTC) on one side, and Bitcoin Cash (BCH) on the other.

According to research produced by Cambridge University there were between 2.9 million and 5.8 million unique users using a cryptocurrency wallet, as of 2017, most of them using bitcoin. The number of users has grown significantly since 2013, when there were 300,000 to 1.3 million users.

Acceptance of Bitcoin payment by merchants

Bitcoin is money for the Internet. It is a scarce digital commodity used as money by millions around the world. People buy coffee with Bitcoin at local shops. Others get paid in Bitcoin and use it to shop online – now also when it comes to payment of our services.

Since its start in 2009, Bitcoin has provided an alternative to traditional government-issued money. No single government, corporation, or nation controls Bitcoin. There is no need for a Bitcoin bank. People store Bitcoin in software called a wallet, which is available for almost any device.

We at Crazy Web Studio therefore have decided that we’d like to be first-movers in our market and announce that we from now on, also will accept payments made in Bitcoins from today onwards.
We’re using a service called BitPay. When a customer pays in bitcoin, this payment service provider accepts the bitcoin on behalf of the merchant, converts it to the local currency, and sends the obtained amount to merchant’s bank account, charging a fee for the service. It’s as easy as that, really and you’re simultaneously “under the radar” when it comes to other banks and other financial institutions.

The price of Bitcoins

Like everything, Bitcoin’s price is determined by the laws of supply and demand. Because the supply is limited to 21 million bitcoins, as more people use Bitcoin the increased demand, combined with the fixed supply, will force the price to go up. Because the number of people using Bitcoin in the world is still relatively small, the price of Bitcoin in terms of traditional currency can fluctuate significantly on a daily basis, but will continue to increase as more people start to use it. For example, in early 2011 one Bitcoin was worth less than one USD, but in 2015 one Bitcoin is worth hundreds of USD. In the future, if Bitcoin becomes truly popular, each single Bitcoin will have to be worth at least hundreds of thousands of dollars in order to accommodate this additional demand.

BENEFITS OF PAYMENTS WITH BITCOIN

Other payment methods force customers and businesses to shoulder the risks and costs of payment fraud. With bitcoin, customers can pay without handing over sensitive personal information, and refunds are made through the merchant — no chargebacks.

Are you ready to take the next step and either invest, pay or charge in Bitcoin payments? Are you the next first-mover in your market?

Feel free to get in touch with us today in order to know more about payments with Bitcoin.

We are a team of passionate web developers, creative graphics, web marketing and SEO experts, working in Phuket, Thailand.

We aim to create the best web design experience, improve your web presence and make your business grow online.

In these years we received and repaid the trust of many clients in Phuket, in Thailand and worldwide.